Last weekend, we headed out to a show just as the sun was coming up. 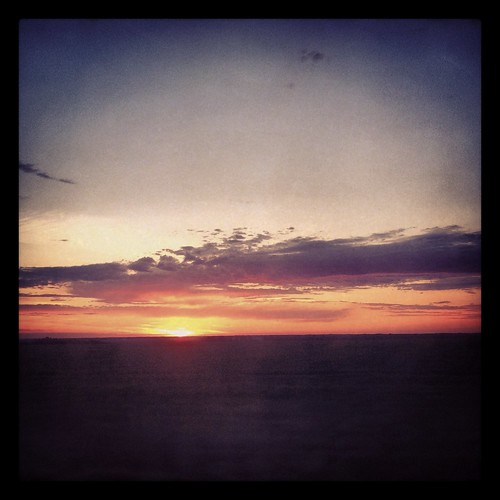 And arrived home just as the sun was setting. 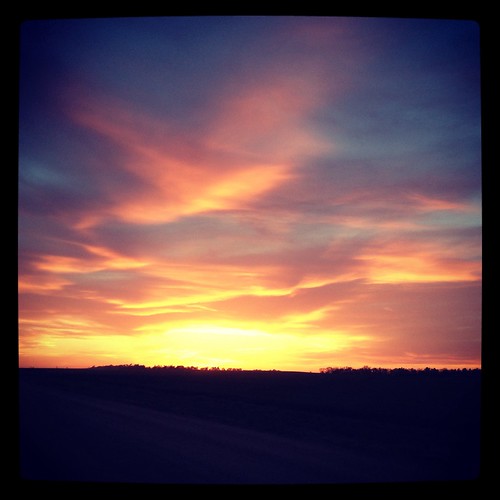 I’d be hard pressed to think of a better way to spend the day than sharing an entire day with family. Beautiful photos courtesy of Kansas. 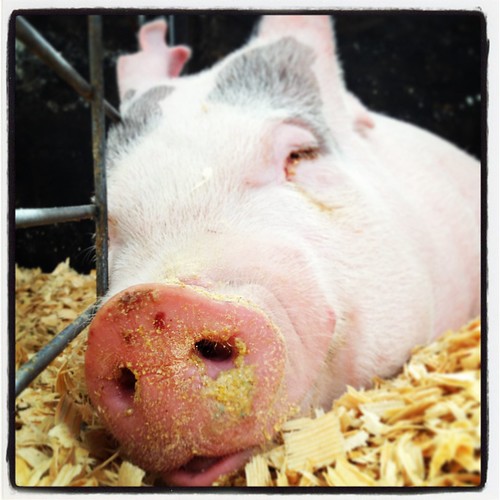 I haven’t been very good about posting my printed columns lately, but this is one from last week and has been popular. It’s one of my favorites because the 4-H program is so near and dear to my heart. Enjoy! … END_OF_DOCUMENT_TOKEN_TO_BE_REPLACED

But you probably noticed that. Or maybe you didn’t because there’s no one reading this silly thing. Either way, I’m just going to pretend there are people out there reading and I’m sorry. See, the thing is, there’s been a … END_OF_DOCUMENT_TOKEN_TO_BE_REPLACED

It’s about time to go to our last show of the year. I love showing. Really, I do. But I can say that I am going to be glad for a little break. Here’s where I should probably talk about the fact that I don’t have to do chores, but rarely do they trust me to do chores. And perhaps that has a little to do with the few mornings when they have asked me to feed and I get busy and forget. Until the next day. Not good. Not good at all.

Or maybe I should be saying that I be glad for the break on our bank account. And that’s real. This showing stuff is expensive.

But really, what I’m most happy about is that I won’t find this tracked all over my entire house.

We bed on wood shavings and they stick to everything. Ev.ery.thing.

So next week when I’m sad our show season is over, (or maybe it will take until the week after that) remind me that I’m not constantly vacuuming, sweeping and picking up shavings. That should cheer me up.

If you don’t know my family, this essentially is their philosophy.

Courtesy of The Gift. (http://www.thegiftmn.com)

Except occasionally, you could replace “cows” with “pigs” and you’d be spot on.

Note: I started this blog post oh, about 10 days ago, and then life happened. You know, the work project that has been in the works for approximately 10 months but all of the sudden goes into Fast Forward mode, the realization that 4-H record books are due soon, and 627 loads of laundry. So, instead of wasting a good blog post, I’m going to post it anyway. And then I’ll get caught up over the next few days.

Last weekend the boys (big and little) and I headed to the state fair. It was pig showin’ time again. We had fun, brought home a little hardware and saw friends. Here’s a list of highlights.

So one of the dangers of knowing a writer is that your words sometimes end up being a part of a column or a blog post. Sometimes, if you are the kid of a writer, who has friends who are television reporters, your mom signs you up for a television interview that you really don’t want to do. But then your friends say they will be on TV with you, so it really isn’t that scary. That happened. At the fair. I was lucky enough to know it was coming, so I could set my DVR. OK, not really. I knew it was scheduled and had every intention of setting my DVR, but forgot. So my mother-in-law got a frantic phone call to beg her to set it for me. This was shortly after the frantic phone call to ask her to bring my son’s shirts. And shortly before the frantic phone call to ask her to bring my boots. Yep. I’m organized like that. Good thing she’s nice and was coming anyway.

Back to the point. The interview. My boys were interviewed about their pig projects at the fair and because I’m no technology whiz. I couldn’t figure out how to get a video off my DVR other than to play the recording and video it. I’m such a redneck.

The show went well and Campbell made it to the Grand Drive. The Grand Drive is a standing-room only event where all breed champions and reserve champions have are announced in front of the crowd and show off their animals in the ring. The shows were held earlier in the day, but the Grand and Reserve Grand Champions are not announced until that night. It’s an exciting event, complete with an announcer and cool music. He didn’t win it all, and that’s OK. He met his goal of making it to that night.

But as with so much of this pig showing stuff? It’s not about the ribbons and buckles. It’s about this:

It’s about fun times with friends and family. Our kids work hard, but they have fun doing it. And they learn that all that work at home leads to being able to meet your goals.

A state fair blog post without comments about fair food is just wrong. I love fair food. Not the price of the food, but the food. So the best thing I ate? A cucumber stuffed with crab salad. Yum. It was fantastic. And the good news? It was not fried and sort of healthy, right? Or maybe it just seemed healthy compared to the chocolate covered bacon or the Krispy Kreme burger.

Here’s the point where I should show you a photo, but alas, it was not to be. I was more focused on eating than I was on photography. Sorry about that. You are just going to have to trust me. It was good.

Probably one of the best parts of the fair is the sense of community the county fair brings. Sure, there are those not-so-great moments when perfectly sane people lose their minds and throw a fit about things that don’t really matter. But I have chosen to ignore those moments for my own sanity. Instead, I’ll think about this year’s fair for the good things that happened. Things like:

It all translated to one successful fair. Sure, I’m proud of my son’s purple ribbons and trophies. But, more than that, I’m proud of the what those ribbons represent: hard work, determination and responsibility.

I hate to jinx it, but we have all of the fair projects ready more than 12 hours ahead of the fair. This worries me.

It’s not that I like to worry, it is just that being ready for the fair ahead of time is not normal. I’m sure there are mothers out there who have nice categorized and labeled bins that hold completed fair projects months in advanced. Not in the Martin household. Nuh-uh. Not going to happen.

Please don’t misunderstand. We are NOT ready for the fair. We have many things left to do. Clothes need washed. Jeans need starched. Snacks need to be bought. The trailer needs loaded. Chairs need to be rounded up.

But for the most part, the critical things are done. The boys’ projects are ready. There will be no late-night picture mounting this year. We will not be crossing our fingers hoping the paint dries on the welding project before it is judged. We’ve got the pigs clipped and the chickens washed.

And early Friday morning it all begins. Wish us luck – and hope that I haven’t jinxed us by writing about being done early.

This past weekend, we went to a pig show, which is really not all that unusual. In case you haven’t picked up on it by now, we do that a lot.

That’s my oldest son and Big Mama at the show this weekend. But this pig show was different because (I bet you think I’m going to say something really great here like, they gave away a million dollars, or the winner won a new car. You will be sorely disappointed.) we had no air conditioning in the pickup. I don’t mean, the air blowing out of the vents wasn’t ice cold. It was more along the lines of a convection oven. Did I mention it was hot last weekend? It was. Really hot. To compound that problem, for some reason the engine heat was blowing on our feet in the front seat – even with the fan off.

So we sweat. And then we sweat some more. I think it is safe to say, it wasn’t our most pleasant trip out to show pigs, but the boys didn’t complain once. Neither did my husband. I may or may not have complained a time or two. It was hot, I tell you!

And what do you know? Lo, and behold a news item comes across my desk this morning: It’s the 110th anniversary of air conditioning. On July 17, 1902, Willis Carrier drew up blueprints to what would soon revolutionize the way our country beats the heat. The design was built for a printing company that had a difficult time dealing with the increased humidity and heat in the summer. But he didn’t stop there. Just think about what Las Vegas, Pheonix and Houston might look like today with no A/C. I can certainly predict that Wayne Newton wouldn’t be crooning in a suit. He’d be going with the Speedo look.

For some reason, today I have a greater appreciation for that particular invention today than I had last week. We didn’t have the pleasure of partaking in the celebration of the air conditioning anniversary party. In case you didn’t pick up on the subtlety of her name, Big Mama is a big mama. She’s pushin’ 300. And when you weigh 300 pounds and can’t sweat, you get hot. As is always the case, we were more concerned about her welfare than our own. We bed her down on bags of ice, stopped and misted her down and generally treated her like the queen she is. We, on the other hand, climbed back into the pickup and proceeded to sweat.

And then do you know what we did? Drove to another pig show that same day and showed that evening. Yes, we are crazy. I justified the move by saying at least we could stop, cool off and finish the drive when it was a cooler evening. Which is all true. But the “cooling off” part was relevant. It was over a 100 degrees in the cab of the pickup so stopping to where it is 99 degrees makes a big difference. What? You don’t think so?!